The CSP ERANET 1st Cofund Joint Call was launched on the 7 October, 2019. It counted with the participation of 11 Funding Agencies from 8 EU and Associated countries and a total budget of €13 million.

Six proposals were submitted by June 19, 2020, end date of the full proposal stage. The overall costs of the proposals summed €13,164,516, requesting €9,270,768 of funding to the participating agencies. During the Expert Panel Meeting of October, 19, the final ranking list of the proposals was decided on the basis of the evaluation results and a discussion of the scores and comments per criteria, as well as the overall scores of each of the proposals.

The Call Steering Committee Meeting took place on October, 26, following the Expert Panel Meeting. During this meeting, the ranking list was discussed and a decision on which proposals would be funded was taken, based on the available national budgets and the requested funding from the partners in the proposals. It was decided during the meeting that all the ranked six projects would be funded, with a total requested funding of €9,270,768, which is 70.42% of the total project costs.

The CSP ERANET Additional Call 2021, launched on 1st of October 2021, counted with the participation of 7 funding organizations from 6 countries/regions with a total budget of €6.05 million. The pre-proposal submission  closed on 3rd December 2021, with 7 pre-proposals submitted by deadline, and the full proposal submission has closed on 25th March 2022, with 5 full proposals submitted by deadline. The overall costs of the proposals summed €6,4 Million, requesting €4,8 Million of funding to the participating agencies. Infograhpics on the statistics of both phases can be foun here (pre-proposal stage) and here (full proposal stage). 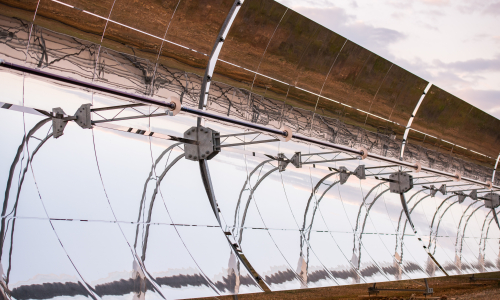 EuroPaTMoS pulls together the European expertise and testing infrastructure for parabolic trough (PTC) with molten salt (MS), to accelerate transfer of technology from R&D to commercial deployment.

Thermocline is a cost efficient thermal storage system able to reduce capital costs up to 40%. The objective of NEWCLINE is to develop new thermocline concepts that can be applicable to different CSP plants (PT, CR, LF).

TES4Trig aims at unifying the strategies established at the EU SET plan for CSP into a single innovative CCHP system driven by solar parabolic trough collectors (PTCs), based on the integration of the Organic Rankine Cycle (ORC) and Ejector Cooling Cycle (ECC) with a cost-effective TES system.

The aim of CSPplus project is to develop a new tool capable of fully identify, develop, and compare new storage concepts in an easy manner, providing a reliable and cost- effective solution based on the specific conditions of each possible scenario.