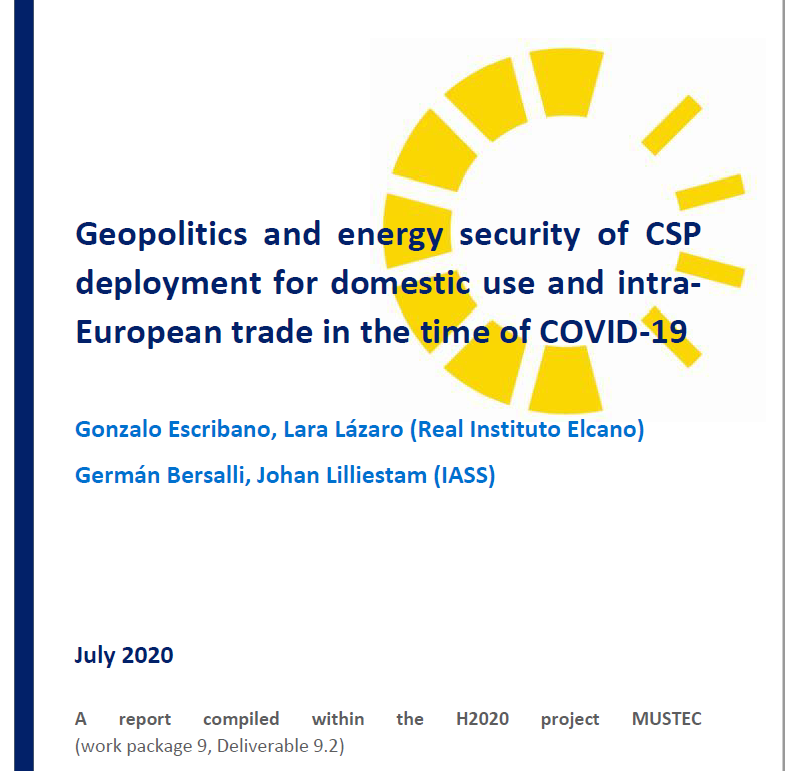 Concentrating solar power (CSP) is one of the few renewable power technologies capable of generating dispatchable electricity on demand. As such, it could have a key role to play in the transition of the European power system, both to supply bulk renewable power and to balance fluctuating wind power and solar PV. Despite this, CSP is a non-issue on most European policy agendas.

CSP has a vital role to play, as it is one of the few, if not the only, dispatchable renewable power technology that can be scaled up in Europe: CSP can thus be used to stabilise the system as the shares of fluctuating renewables increase.

MUSTEC project has published a report on how CSP has a key role to play to secure the European power supply in a renewables-based future, contributing to green growth and job-creation in southern Europe and across the continent.This report [1] shows that CSP, both for domestic use and for trade under the cooperation mechanisms, may have an important role to play, in two ways. First, through the jobs triggered directly in the CSP industry, in which Spain remains world-leading. Second, and even more importantly, adding dispatchable CSP to the European power system would allow for higher shares of fluctuating wind power and solar PV – and hence allowing a rapid scale-up of these technologies, which would very likely create new jobs of even larger magnitude than the CSP jobs alone.